Home
Observing
What Does The Moon Look Like Through A Telescope? 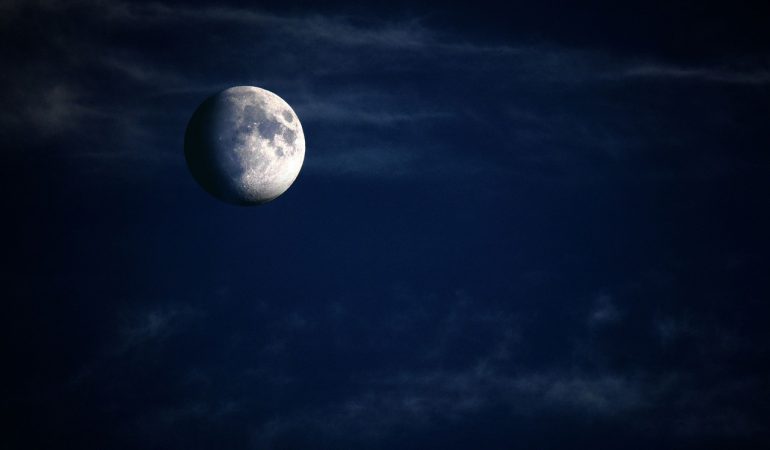 What the moon looks like through a telescope depends on the size (aperture) of the telescope you are using and your eyepiece magnification.

Weather conditions as well as light and air pollution also affect how clear and sharp the moon appears.

What Can You See On The Moon With A Telescope?

Being the closest celestial object to earth, we can get up close views of the moon.

When the entire moon is in your telescope’s field of view, it looks like a mostly smooth grey ball though you can see some faraway craters.

It’s not until you start zooming in closer that you get a true picture of the moon’s rugged surface.

With most telescopes, you can see most of the moon’s physical features including plains (called Luna mare), craters, and mountains.

How clearly these features appear depends on the power and aperture of your telescope.

What about the flag astronauts planted on the moon? Can you see it with a telescope?

No, you cannot see the flag on the moon. It is far too small even for large observatory telescopes to see.

Which Is The Best Telescope For Observing The Moon?

You can observe the moon with just about any kind of telescope. Because the moon is so close, even the smallest telescope (70mm or 2.8 inches) can show you the moon.

So you don’t need to spend money on an expensive large aperture telescope to observe the moon. Telescopes with an aperture between 2.8 and 5 inches are enough to see the moon and planets.

Of course, the views will not be as crisp or detailed compared to a 6 inch plus telescope. If you want to take a really good look at the moon’s craters, a 6 to 10 inch telescope is perfect.

It also lets you zoom in close without a big deterioration in image quality.

By the way, if you don’t have a telescope at the moment, a pair of binoculars also works great for observing the moon. For best results, make sure they have a magnification of at least 7x.

How Telescope Aperture Affects The Appearance Of The Moon

Whether you are looking at the moon, observing Jupiter or trying to view the Andromeda galaxy, the bigger the aperture, the better you’ll be able to see stuff in the sky.

The aperture refers to the diameter of the primary lens and it determines how much light your telescope is able to collect.

With the moon, you don’t need a large telescope, although it doesn’t hurt to have one. You can still enjoy some amazing views of the moon with a small aperture telescope.

Here’s what to expect with different aperture sizes.

Small telescopes are generally those with an aperture between 2.8 and 5 inches (70-127mm).

When you fit the entire moon into your field of view, you can see seemingly tiny craters and valleys, but the moon doesn’t appear to be very rugged.

You can also see dark and whiter areas, but the contrast is not much.

Start zooming in (with a high power eyepiece or barlow) and you’ll start to make out more physical features such as craters, mountains, and ridges.

As you zoom in, however, the image loses some clarity and focus. Features on the moon are easy to make out, but they are not sharp or very detailed.

Zoom too much and you go beyond the telescope’s capability.

To give you an idea of what to expect, here’s a video showing a live view of the moon through a 4 inch telescope.

Moving up to a 6 or 8 inch telescope makes a big difference in what you can see.

With the moon fitting into your entire field of view, it still looks deceptively smooth but now you can clearly see the pockmarked surface.

It’s also easy to distinguish between the smoother areas of the moon and the more rugged ones full of impact craters.

6-10 inch telescopes also provide better contrast between different areas. The dark plains really stand out from the grey areas. You may also start seeing some hues of yellow and brown.

The moon also looks sharp with little to no fuzziness. This sharpness remains as you magnify the image.

You get a clearer feel of just how rugged the moon’s surface is. Since you can zoom closer, craters appear bigger and you can see how high the mountains rise.

With an 8 or 10 inch telescope and high magnification, it almost feels like flying over the surface of the moon.

Here’s a great video of the moon through an 8 inch Dobsonian. You’ll notice how sharp the image remains even after doubling magnification with a barlow. That’s why a large aperture is good.

If you are lucky to have a 10+ inch telescope, or access to an observatory with one, you’ll get some spectacular views of the moon.

The full image of the moon in your eyepiece looks really sharp with excellent brightness and contrast.

But what you want to do is zoom in and take advantage of the high resolution offered by the large aperture lens.

You can get extremely close up views of individual craters and mountains.

Tips For Observing The Moon With A Telescope 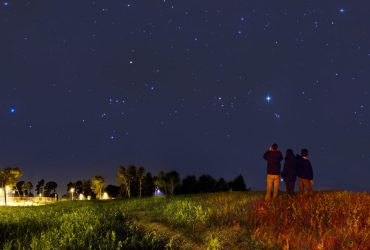 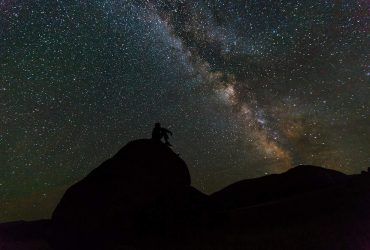 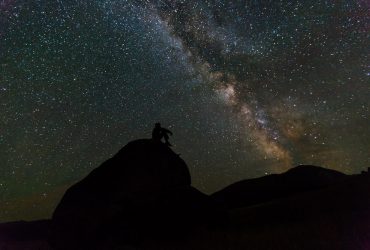