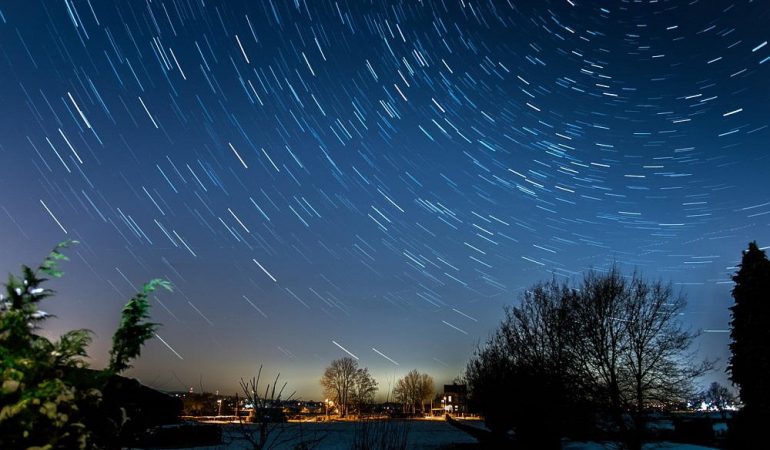 As you find yourself in the middle of winter yet again – the days are shorter and the nights seeming to go on forever – you may be looking for something to do. You may get bored of the usual Christmas festivities and need a new interest to occupy your time in the long evenings, right?

Watching football on Boxing Day is fun but Stargazing, or Astronomy if you want to get fancy, is a great way to pass a winter evening as well, if you ask me. It costs very little if anything at all, and if you have children it’s easy to get them interested. They can learn some science and get some fresh air along the way. When I’ve been watching a Geminid meteor shower this weekend, I wished my son were a bit older (we celebrated his first year few days ago).

Before you get started though, grabbing a book on constellations is a good idea. You can get one from your local library, bookstore or Amazon. It will help you to know what you’re looking at, and what you can see at that time of year. If you are bringing along a little one stargazing with you, a book is a good start for them to recognize the patterns of stars and learn the names. 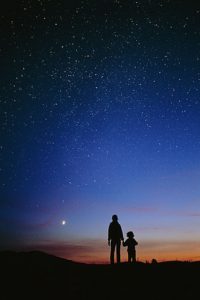 As soon as the sun goes down in the winter time, the temperature drops pretty quickly, so you’re going to find it a little colder at night than during the day. Dressing for the weather is important – you won’t enjoy stargazing if you are too busy shivering. I like to put on lots of layers – if I’m too warm I can always take a layer off. Make sure you have a warm pair of gloves and a hat as well.

The first time in particular you want to find a spot relatively free of unnecessary light or light pollution – too much light will make it hard to see and pick out constellations. If you are fortunate enough to live in the country, then your back garden will probably suffice. If you’re a city dweller like myself, you may need to head off to a park or somewhere with less light than the middle of town. My advice is to leave all mobile phones or ipods in your pocket, so the light doesn’t affect your night vision. And if you bring a torch with you, wrap the light in some red cellophane to diffuse it. 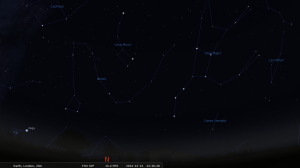 Now that you have planned ahead, read up on the stars, it’s time to look up and find them! Winter is perfect for stargazing – the constellations are brighter and the winter nights are clear and long. The first and probably most recognisable constellation to look for is the Plough or Big Dipper. The Big Dipper is part of the constellation Ursa Major – it is formed by seven stars shaped like a plough or cooking pot. Whether you are stargazing in the UK or not, you will always find the Big Dipper in the northern sky. And if you look just past the two outer stars of the pot, you’ll find the North Star or Polaris. You may have heard that sailors have used the North Star for navigation for thousands of years. 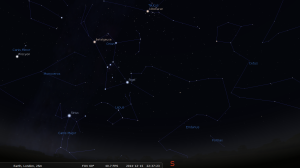 Now turn and face the opposite direction and you will find the next constellation, Orion. Look for three bright stars that form a line, that is Orion’s Belt. Above and below Orion’s Belt are two stars and they make up the shoulders and knees of Orion. Orion also carries a shield and sword, there is an arc of stars that make his shield on the right and on the left his sword. This is another constellation that sailors also used for navigation, with Orion found in the south. If you follow the three stars of Orion’s Belt and look the left, you will find the star Sirius, also called the Dog Star. Sirius is the the brightest star in the sky and it is part of the constellation Canis Major. Sirius is the “Big Dog” who travels with Orion. 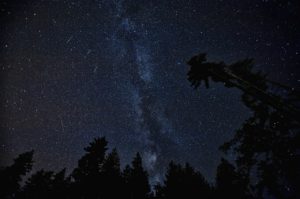 One of the most interesting sights that you can look at under the night sky is the Milky Way. The Milky Way can be a little hard to see – you need a really clear dark night with little or no moon light, and be far away from city lights. The Milky Way gets its name from its appearance – it resembles a milky band of stars reaching across the sky. Watching it through binoculars is incredible, so if you have a pair bring them along with you.

Stars and constellations are not the only things you can see in the sky at night. You are also able to see some of the other planets in the solar system we live in. The time of day and time of year make a difference in which planets you are able to see. In December, for example you can see Venus for a short time just after sunset. You can see Jupiter a little later in the evening and Saturn just before dawn in the southeast.

Stargazing All Year Round

What you can see in the night sky varies on the time of year, and there are lots of good sources on the internet letting you know what you can see and when. As I have mentioned, a book with some star maps is a good place to start – you can grab one at the library or a local book shop. You can also download some useful stargazing apps to your desktop or mobile.

One of the best resources you can find is Astronomy Now – they publish a monthly magazine containing a sky diary for that month. Highlighting what you can see that month and the best way to see it, whether it is visible to the naked eye or you need some binoculars. You can pick it up at any book shop or visit their website at astronomynow.com. Another popular magazine is Sky at Night, which I also read when time permits.

Tools of the Astronomy Trade 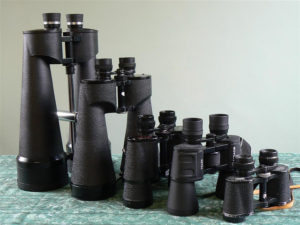 Eventually you will want to see more than you can with the naked eye and the next step up is a decent set of binoculars. They are a pretty small investment and anyone can use them. Once you get a pair of binoculars, you can get some great views of the moon, along with nebulae and star cluster.

When buying a set of binoculars keep two things in mind, the first is weight. You don’t want a set too heavy or you could end up with some pretty tired arms. You can get yourself a tripod though and that will make stargazing a little more comfortable. The second thing you want is a decent resolution and the smallest you should get is 15×70 although you can see some of the celestial objects with even smaller binoculars.

After you outgrow a set of binoculars, the next step is a telescope. Telescopes can cost a pretty penny but when you are just starting out there are a couple of brands: Orion, Meade and Celestron that can get you set up without breaking the bank. The sights you can see, even with an inexpensive telescope are amazing. This is where you will get to see the rings around Saturn, the clouds on Jupiter and even better views of nebulae.

I hope you have found this beginners guide to stargazing in the UK helpful. I’m planning to write a few more detailed posts about this in the future. The more you learn and the more you can see, the more you will love astronomy! 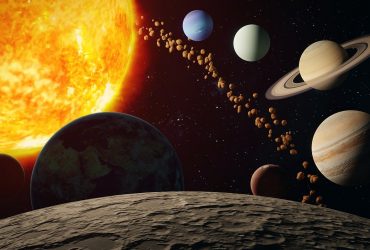 While a telescope can open your eyes to many celestial wonders, your naked eyes are …
Observing
More 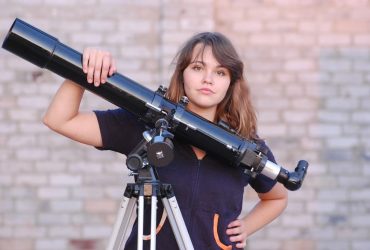 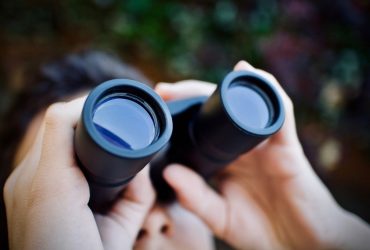 You can’t just pick up a pair of binoculars and start looking through them. You’ll …
Observing
More