Home
Equipment
Which is the Best Telescope For Planet Viewing? 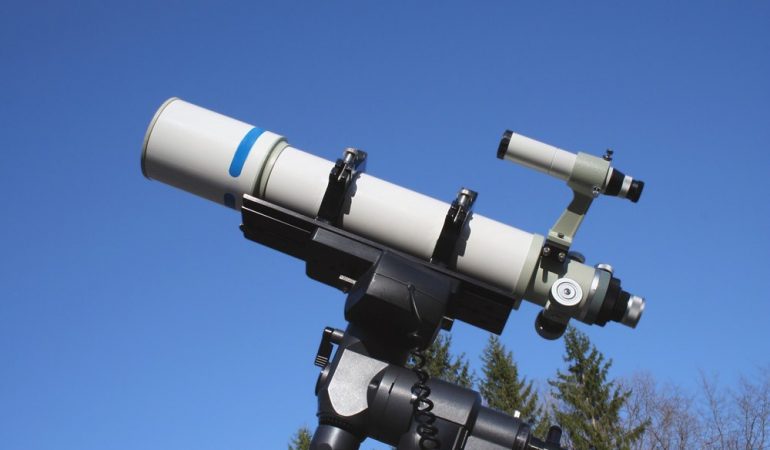 If you’re searching for a new telescope, there are a few things you should consider. What are you wanting to look at? How far away do you want to see? What sort of conditions will you be viewing from? We have a selection of telescopes listed below that will take away the hard work of browsing the internet looking for the best telescope for viewing planets.

The Meade Polaris 130EQ MD Reflector Telescope is an all round, best-buy telescope that gives great images for a decent price. If you are a gadget fiend and you are looking for a scope that can be controlled with your smartphone, try the Celestron 22204 5″AstroFI Scmidt-Cassegrain. The Bresser Classic 70/350 Refractor is perfect for those on a budget who still wish to see some beautiful imagery of things on this earth as well as off it.

If you are looking into stargazing as a new hobby, or if you need a bit of a refresher, read on…

Planets in the solar system

There are 8 planets in the solar system including the earth which all revolve around the sun (forget everything you learned at school; Pluto was demoted to “dwarf planet” status in 2008)!

These planets appear in the night sky at times relating to their journey around the earth, and also relating to the earth’s own orbit. There are only two planets closer to the sun than the earth – Mercury and Venus.

These two always appear to be moving quickly through the sky, and tend to show up close to the sun before the sunrise or after the sunset. You can see the bigger ones – Mercury, Venus, Mars, Jupiter and Saturn, as larger twinkles with the naked eye, but for closer detail you will need powerful binoculars or a telescope.

Strong binoculars will show you some details, such as the four moons of Jupiter and Saturn’s largest moon, Titan, but for a closer focus you will need a telescope.

With even a small, basic telescope, you can see an amazing amount of detail on the faces of Mars, Jupiter and Saturn. You will be able to discern the white polar caps of Mars, as well as its orangey-red rocky regions.

If you point your scope at Jupiter or Saturn, you will see bands of clouds, and even oval spots which represent raging storms that are larger than our own planet. Saturn’s famous rings will be visible with even a small, low-spec telescope – these rings are formed of small icy particles and are particularly stunning to look at.

Uranus and Neptune can also be spotted, but they are more elusive and harder to get good detail, especially for a beginner – but don’t be put off! As well as the well-known planets, there are literally billions of other stars, nebulae and celestial treats to feast your eyes on.

The more you get into stargazing the more fascinating you will find it, and you will find yourself more and more willing to put in the time and money to make it a truly worthwhile hobby.

Because planets are so much bigger than stars, you won’t necessarily need a massive, high powered telescope to get some great viewing of our closest neighbours.

A smaller, less high tech scope can work just as well if you are looking to get some really good, detailed visions of planets. The images won’t be up to the standards of the Hubble Telescope, but if you are just looking for some brilliant shots, you can achieve this with a good all-round telescope.

Let’s have a look at these three contenders for the best telescope for viewing planets in a bit more detail: 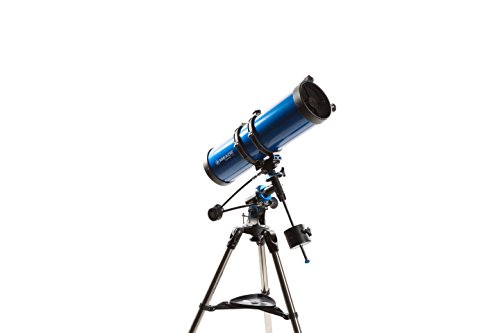 As a great all-round telescope for the enthusiastic hobbyist, this one has no equal.

This telescope is great for a really good view of the night sky. With different eyepieces for different distances, you can view planets, stars, or deep space, depending on which eyepiece you use.

It comes with an pre built tripod and easy to follow set up instructions, meaning that you can get on withstargazing as soon as it is dark enough!

There is a red dot finder scope in the kit, making it easier to pinpoint and track a particular object with ease and accuracy. Also included is a DVD with a vast store of information on over 10,000 space objects, so you can expand your knowledge of the heavens without even leaving your armchair!

This added extra is a great way of making it a suitable telescope to get the younger generation interested in stargazing too; just park them in front of the screen and let the fascinating information do the rest.

This package also contains an RA motor drive which, once installed and turned on, allows the scope to track and centre any object in your field of view for ten to twenty minutes, making this an effortless way to view the night sky.

There’s even an N/S switch, allowing you to choose between Northern and Southern hemisphere options.

This scope is perfect when using the RA motor drive to track objects. Instead of having to constantly adjust to get the best images, the Polaris 130EQ does all the hard work for you, leaving you free to relax and enjoy the beauty of the heavens unfolding before you.

It’s not the Hubble telescope, obviously. You won’t be able to make out the individual rings of Saturn, but without spending thousands that would be tricky anyway!

You may need to use a bit of common sense to assemble the telescope as the instructions are not as clear as they could be – but if you have used a telescope before then you should have a basic idea and be able to work out how this one goes.

The general consensus seems to be that this is a great piece of kit, with a raft of great features. A useful tip is to get to know this telescope; use it in the daytime to ensure you know all of its ins and outs and quirks.

Well, if you’re looking for a rather more detailed view of the skies than one of the more run of the mill telescopes, definitely. Meade Polaris 130EQ MD Reflector Telescope is great for entry level and further advanced astronomers, and is versatile enough to capture some truly astonishing imagery. If you’re going to splash out, use it twice then store it in the loft for years then maybe a cheaper option would be best for you! 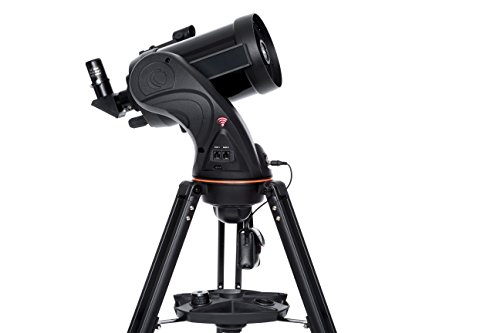 This is not one for the technophobes. With a feature that allows it to be controlled by your smartphone, this telescope is truly a wonder of modern stargazing.

Being able to control your telescope with the Celestron Sky Portal app on your smartphone is definitely the main exciting feature of this scope.

Simply point your phone at the sky and tap the screen when you spot something you want to view, and the telescope automatically moves to focus on it, while the phone screen displays information about it.

Leaving aside the mind-blowing technology for a moment, the specs of the telescope itself are actually pretty amazing. With the fully coated optics you will be treated to a dazzling view of the stars and planets, and you can get some really good close up views of the craters of the moon, for example, or the rings of Saturn.

Jupiter’s red spot will stand out like you’ve never seen it before, and the Orion Nebula would hardly look clearer if you hopped on a spaceship and zoomed off for a closer look. That being said, the ability to have a totally hands free stargazing experience is definitely one to write home about.

You would need additional kit to be able to display what the telescope sees on your phone. You will still have to put your eye to the viewfinder, as the technology to see through the telescope’s eyes, as it were, is not available out of the box. This is potentially an added piece of kit that you could buy, but it does not come with the package.

Apparently you will need a bit of experience in order to effectively calibrate this beast before you get going with it. For those with previous telescope experience this should not be a problem, but it is worth bearing in mind if you are a novice toying with the idea of buying one.

If you are a keen or budding astronomer with a love for technology and gadgets, then definitely buy it. You will love the fact that you can sync yet more of your gadgets together, and enjoy a fantastically rewarding hobby at the same time. If you live in a big city, you will love how it deals with the city light pollution. If you are an occasional stargazer who likes to do things the old fashioned way, then there may be more rewarding models out there for you. 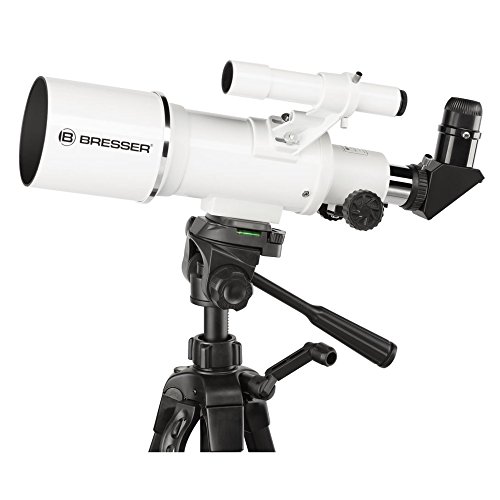 This is a fantastic all-round telescope, suitable for viewing wildlife and landscapes as well as the night sky. It is very easy to set up, and simple to use, and it’s light which means it is easy to carry around from place to place.

Its short focal view means it is in its element being used for objects that are not as far away as the depths of outer space – but you will get some fantastic images nonetheless. The tripod base is very sturdy and solid, and its adjustability means you can get really comfy as you are looking through the scope.

It might not be the best telescope for viewing planets, and it won’t offer you views into the deepest darkest night sky – or at least not as far as some of its counterparts. You can still capture a decent image of the moon or the Milky Way, for example, but you won’t be able to get up close and personal with Saturn’s rings.

One common complaint is that the telescope doesn’t come with a travel bag to keep it better protected, but you can just pack in carefully and it will be fine.

Despite the fact that it doesn’t come with a bag, other purchasers have said that this is a great telescope for taking out and about. It’s simple, easy to use and does exactly what it says on the tin!

If you are interested in astronomy, or great close up views of the earth’s wildlife, but you don’t want to spend a fortune, then you should definitely go for it. Bresser Classic 70/350 Refractor is a great scope for someone who is keen to have a better look at the world around them, and have a closer peep at outer space than can be seen with the naked eye or powerful binoculars.

Looking for the best telescope for viewing planets? Look no further! 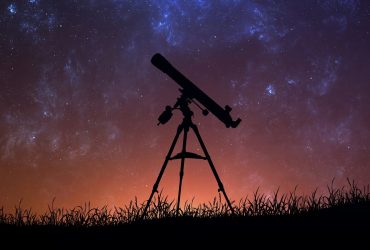 White lithium grease is the best lubricant for telescopes and telescope mounts. To keep a …
Equipment
More 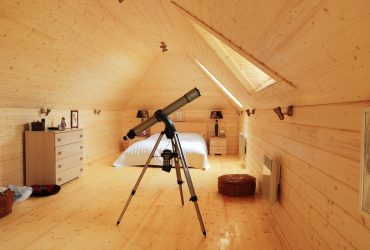 How much does a good telescope cost? It depends on your definition of ‘good’. For …
Equipment
More