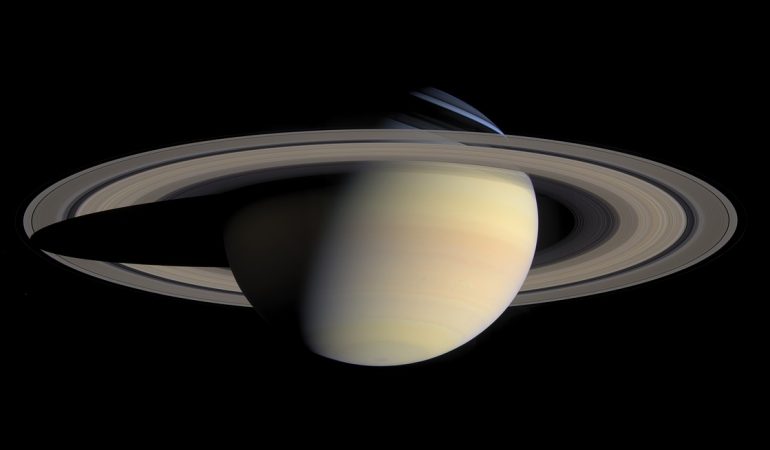 Saturn is one of the most recognisable planets in the solar system. Ask any school child what Saturn looks like and they will draw you a round circle with rings around it – simple! But did you know there is far more to Saturn than those well known rings?

The rings were discovered in 1610

When Galileo first spotted Saturn, he wasn’t sure what the rings actually were. He initially thought that they may be two large moons stuck to either side of the planet! In 1655, Dutch astronomer Christian Huygens used a telescope with stronger resolution and realised that the “two large moons” were actually rings.

Saturn is the least dense planet in the solar system

Saturn is, amazingly, less dense than water. If you found a pool large enough to put the gas giant into, it would float! Saturn’s official density is 0.687 grams per cubic centimetre, while Earth is 5.52, and water is 1.

The planet is flat

Ok, not actually flat. But because of the speed at which it spins on it axis, it appears flattened out a little at the top with the equator bulging out.

…So far. As more expeditions are launched, more will be discovered about this planet and its satellites, but for now we are aware of 62 moons, some as large as Titan – the second largest moon in the solar system – but most are just a few kilometres across and don’t even have names.

No one knows how old the rings are

Unbelievably, given that Saturn’s rings are its signature, no one actually knows how old they are or where they came from. There is speculation that they may have been around since the solar system began, about 4.5 billion years ago, or maybe relatively recently after a 300km ice moon was torn apart by Saturn’s gravity and formed the planet’s distinctive rings.

Saturn can be seen with the naked eye

This is one of the five planets that can be seen with the naked eye. You won’t be able to see the rings without the use of a telescope, but you can spot the planet itself and impress your friends with your astronomical knowledge.

Only 4 spacecraft have ever visited Saturn

The first three visitors were just fly bys; Pioneer 2 in 1979, then Voyager 1 in 1980, and Voyager 2 in 1981. In 2004, Cassini went into orbit around the planet and took photographs of the planet, its rings and its moons and brought back more information than had ever been seen. No future missions are definitely planned, but some radical missions have been proposed, as far as a sailboat that can travel across the liquid methane lakes of Titan. Fingers crossed!

Saturn is composed mostly of hydrogen

The layers of this hydrogen get thicker and thicker the farther into the planet they go, until eventually they go so deep that they turn into a metallic, hot core.

This is because of the atmosphere, which is comprised partly of ammonia – these crystals make the planet look yellow.

Saturn is named after a Roman god

Saturn was the father of Jupiter, who was the king of the gods. This makes sense, given the relative size of the two biggest gas giants.

This is one of the longest rotations against the backdrop of the stars, and led to Saturn’s nickname “Lubadsagush”, meaning “oldest of the old” given to it by the ancient Assyrians.

The winds have been measured at around 1,100 miles per hour. This puts our hurricanes into perspective, doesn’t it!

The temperatures in the interior of the planet can reach 11,700 degrees Celcius. A bit too warm for sunbathing!

Saturn emits more radiation than it receives from the sun

This is what is known as the Kelvin-Helmholtz mechanism, which is a confusing term which means that it creates its own energy through gravitational compression of the planet because of the huge mass. This doesn’t account for the whole amount of energy emitted however, so scientist have speculated that Saturn also creates extra heat due to the friction of helium rain. 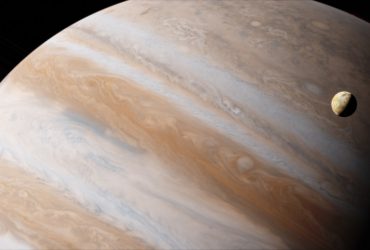 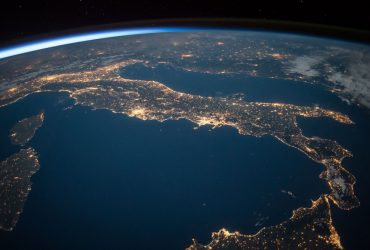 How does light pollution affect astronomy? Adversely, that’s how! As anyone can tell you, and …
Blog
More 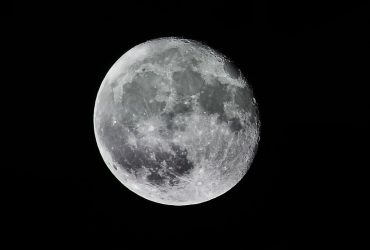