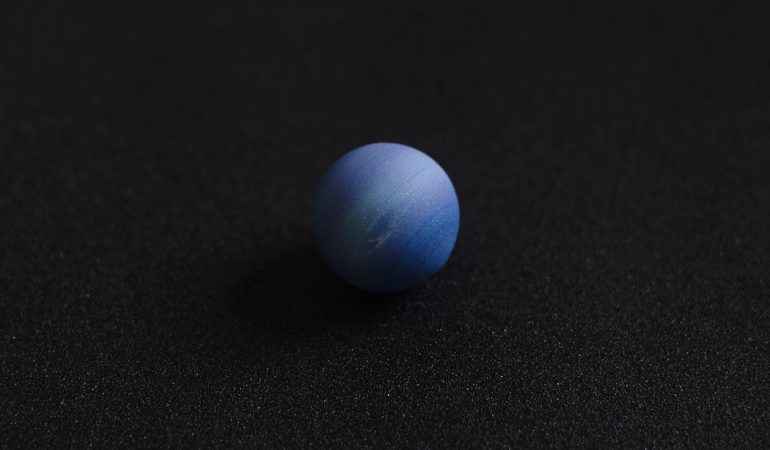 Neptune lies in the frontier and marks the beginning of the solar system. This giant ice, gas planet was the latest one discovered by scientists. Keep reading to learn more interesting facts about the “Ice Giant Planet”

Due to a far distance and dim surface, it is extremely difficult to see Neptune from Earth with the naked eyes. Instead, most astronomers have to use advanced telescopes and charts to know where it is in the sky.

In fact, astronomers had spotted Neptune through telescopes since the Galileo’s time. However, most of them thought it was just a usual star. The first person to discover the planet is Johann Galle when he used an observatory telescope in 1846.

Due to a far distance (4.5 billion kilometres) from the Sun, Neptune travels around the solar system in up to 165 years. The typical orbit of this planet is relatively elliptical.  Many observers spotting this planet often note that it tends to stay in the same constellation for many years.

Neptune has an enormous size, measuring approximately 155,000 kilometres at the equator. The mass of this planet is 17 times as large as that of Earth.

As said earlier, Neptune is a gas giant, meaning that its atmosphere is mainly comprised of gas and icy elements. The top part mostly contains hydrogen and a blend of methane and helium. Its surface temperatures range from below zero up to 400 degrees in upper layers.

From the outside, Neptune looks like a lovely balloon with a blue colour coming from the presence of methane in its atmosphere. The molecules in this gas take red light in but allow blue light to pass through.

Neptune is also known as the Ice Giant planet because of the many slushy elements inside and icy components or frozen aerosols in the atmosphere. The upper parts of the atmosphere contain an ever-changing group of clouds and atmospheric disturbances.

The interior structure of Neptune is quite similar to that of Uranus. Everything gets interesting in the mantle, where the blend of methane, ammonia, and water is amazingly energetic and warm.

Some scientists have assumed that the temperature and pressure at the lower area of the mantle are extremely high, which results in the generation of diamond crystals that rain down like hailstones. However, nobody would go deep inside its core to confirm this hypothesis.

Though the Neptune’s rings are relatively thin and comprised of dust and darkened ice components, they aren’t a present-day discovery.

Instead, these parts were first noticed in 1968 when the planet glowed through its ring, which blocked some light. The close-up images from the Voyager 2 spacecraft showed that there are 5 major ring regions, some partly broken into curves where materials are thicker than in other areas.

The moons of Neptune are spread in distant orbits or around the rings. Up to know, 14 moons have been discovered. Most of these are small and have irregular shapes.

Triton – the largest moon of Neptune

While most of the Neptune’s moons were detected thanks to the images from spacecraft, Triton – the largest one – could be spotted from Earth with an advanced telescope.

Triton is an interesting body. It rotates around Neptune in an elongated orbit and opposite direction. This suggests that it is probably a captured structure, which is held in place by the gravity of Neptune after the creation somewhere else.

The surface of Triton features unusual-looking icy terrains which look quite similar to the skin of cantaloupes. Also, the majority of areas is mainly covered with water ice.

Even though modern telescopes are now equipped with specialised instruments and advanced technologies, the vast distance between Neptune and Earth makes it very difficult for scientists to study and discover this planet.

Astronomers can only watch for variations in the atmosphere, especially the generation and disappearance of clouds. The Hubble Space Telescope currently keeps focusing its view to track changes in the planet’s upper atmosphere.

The only spacecraft to Neptune launched in 1989. The Voyager 2 swept past the planet and recorded some data and images about its surface. 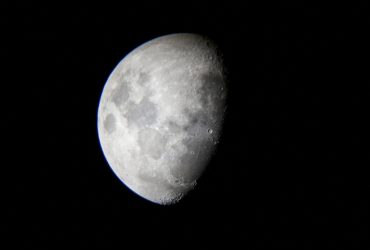 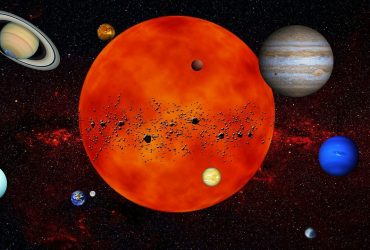 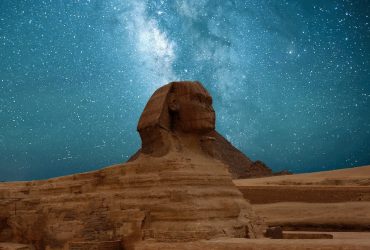