Home
Blog
Just How Far Can You See With The Naked Eye? 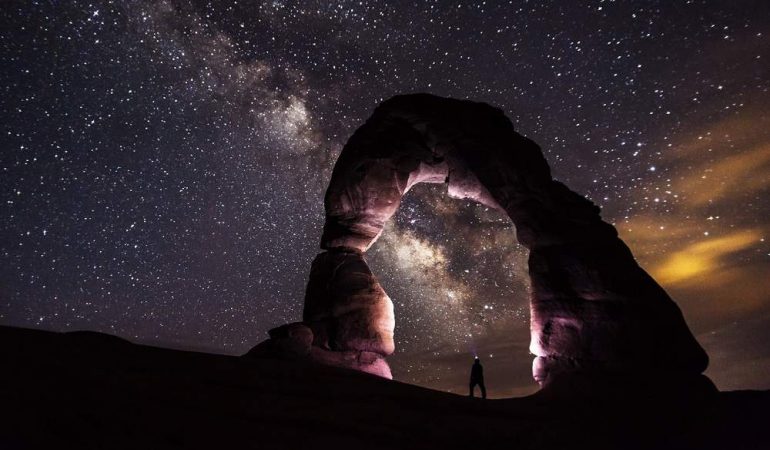 Just how far can you see with the naked eye? The answer to this question is somewhat subjective, as it will largely depend upon your vantage point.

For example, it might surprise you to learn that during certain times of the year, the planet Saturn – which is nearly a billion miles away from our own planet – can be seen in the night sky without the aid of a telescope. As incredible as that sounds, it’s merely a drop in the bucket compared to the many celestial wonders that can be seen with the unaided eye.

Our field of vision on Earth is typically restricted to about 12 miles at sea level, as we are primarily hindered by factors such as dust, haze and air pollution, as well as the curvature of the Earth. In order to see further, we have to stand at a higher vantage point.

For example, if you were to go stargazing at the top of Mount Everest, you would be able to see the International Space Station hanging out about 250 miles up in the sky, as well as the moon at about 240,000 miles away. The edge of the auroral oval – some 500 miles away – can be seen as well, along with the majority of the planets (up to Saturn).

It is even possible to snag a dim look at Uranus (1.7 billion miles away) on a dark night. All of these natural wonders can be viewed with nothing more than the naked eye – it’s just a matter of knowing where to look in the mesmerizing depths of the night sky.

When you think about the vastness of space, the idea of using mere miles or kilometers to measure the colossal distances between heavenly bodies seems to be practically futile. Fortunately, astronomers felt the same way, prompting them to come up with a space-specific unit of measurement known as the light-year.

For the uninitiated, a light-year is basically the amount of distance light can travel within a year’s time. Now when you think about the fact that the speed of light has been clocked at 186,000 miles per second, that seems like a heck of a lot of distance when you extrapolate that out over the space of a year.

Since there are roughly 31.5 million seconds in a year, one light-year would equal a distance of about six trillion (with a “T”) miles in just one year’s time. That’s astounding! Using this alternate form of measurement, the distance between the Earth and the moon – 1.3 light seconds – doesn’t seem all that bad, does it?

Keep in mind that stars emit light, and that light travels towards the Earth as well. This means that when we view Alpha Centauri, the closest star system to our Sun, we’re actually looking at light that departed from the star’s position in space over 4 years ago. This light traveled roughly 26 trillion miles across space to enter into our field of vision.

Or take Deneb, for example – it’s one of the brightest stars in our night sky, and it forms the head of the star system known as the Northern Cross. Deneb’s light, which we can see today on any dark night, first began journeying towards Earth in 465 A.D.!

Other celestial bodies have been able to grab our attention due to their sheer size. For example, the star Rho Cassiopeiae can be seen by spotting the uber-popular “W” of Cassiopeiae, and then fixing your eyes about 2.5 degrees west of Beta.

Although it looks like a faint light from our vantage point, it is actually a whopping 450 times larger than our Sun, and its girth is about 40% larger than the entire orbit of Mars! Its mind-boggling size is the main reason why we can spot it with our unaided eye, even though it resides at a distance roughly 8,200 light-years away from our planet.

If you turn your attention to about a hand’s width of space below the “W” in Cassiopeiae, you will reach the celestial phenomenon that resides at the outer limits of what the naked eye can see – the Andromeda Galaxy. It’s a fuzzy, hazy disk of light that occupies a place in space roughly 2.5 million light years from Earth, and although it seems like a small “blip” in the vast amalgamation of celestial denizens, it measures over 220,000 light-years across in size!

As you can see, there are plenty of wonders to observe in the outer reaches of space, all without having to reach for a telescope, or even a pair of binoculars! So the next time you’re able to spend some time outside on a clear night, be sure to make a note of all the different heavenly bodies you can spot using nothing but your own two eyes. 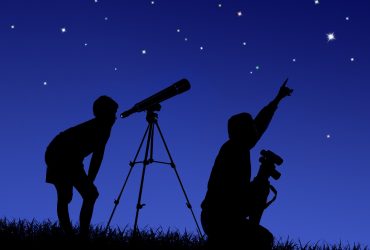 If you look through your binoculars and see two of the same object, it’s likely …
Blog
More 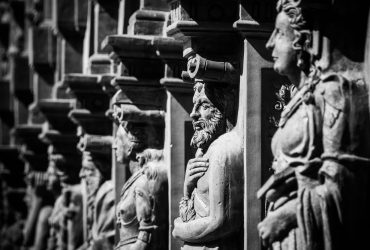 It’s eay to get caught up in the modern world of stargazing; to follow the …
Blog
More 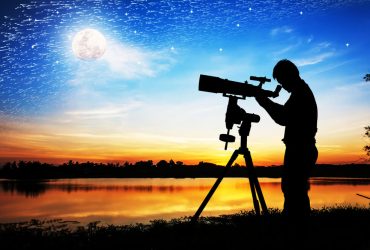 So you’ve decided to get yourself a brand new telescope huh? Well, whether it’s your …
Blog
More