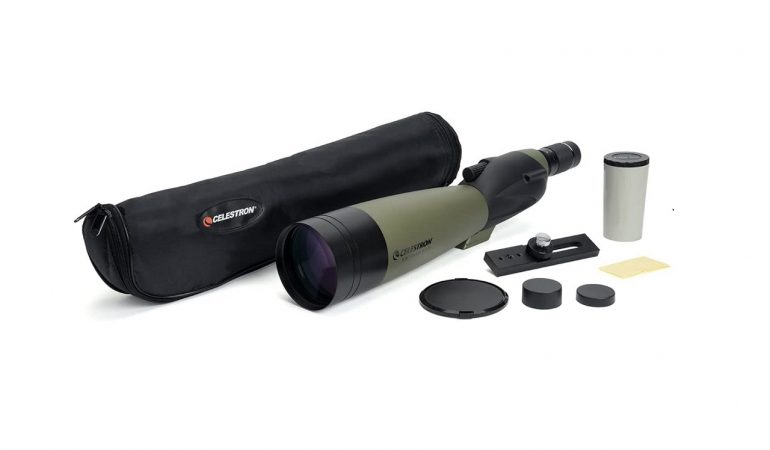 The Celestron Ultima 100 is great for hunters, birdwatchers and wildlife enthusiasts as well as stargazers and moon watchers. It has the optical performance of an entry-level telescope, but it’s more versatile and easier to use.

If you occasionally dabble in some astronomy as well as terrestrial observations, the Celestron Ultima 100 is designed for you.

The Ultima 100 spotting scope features a 100mm objective lens for observing birds, wildlife and other faraway objects on land. Turn it skywards at night and you can observe the moon in more detail than you would with your naked eye. 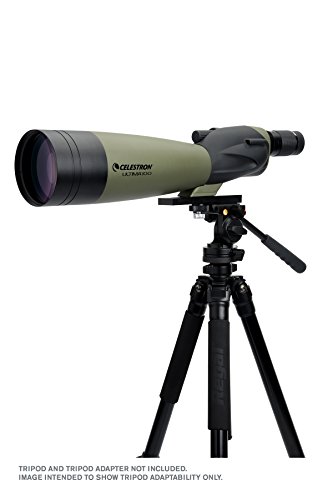 What are you buying?

The 100mm objective lens collects more light than the cheaper 65mm and 80mm scopes in the Ultima series.

The result is that you can see further and more clearly whether you are birdwatching, observing wildlife or spitting targets at a shooting range.

The Celestron Ultima 100 is also a decent replacement for a basic telescope. You can look at the moon and do some stargazing. Note that the stars will appear as well-defined points of light and you may be able to tease dimmer stars that you don’t normally see into view.

Use the focus dial on the scope together with the zoom eyepiece to get a better view of faraway objects. The focal length of the eyepiece adjusts from 8mm to 24mm. That’s a magnification range of 22x to 66x.

Because this is optical zoom not digital zoom, images stay sharp through most of the zoom range.

You can zoom quite far without losing image quality.

If you want to photograph stars, the moon or land-based objects, the Ultima 100 comes with a T-adapter that you can use to connect a camera to the scope.

You can then use the focus dial to get a good shot of your target.

How easy is it to use?

Unlike a telescope that you need to setup, align and focus, the Celestron Ultima is point-and-see. There is no mount to align or mirrors to collimate.

You simply point the scope at what you want to see, adjust the focus dial and enjoy the views.

As you spend more time with the scope, you’ll get better at focusing and learn which zoom level works best for different distances.

The main issue with the Ultima 100 when it comes to ease of use is the lack of a tripod. If it were a light scope, that wouldn’t be an issue. But the Ultima 100 is fairly heavy for something you are supposed to hold in your hands. It weighs about 2kg.

If you are observing the moon, stars or birds for a prolonged period, you’ll get tired.

The lack of a tripod is also a problem for image quality. The Ultima 100’s high magnification is more vulnerable to shaking and movements. This can make it harder to focus on a target and get a sharp image.

The Ultima 100 already has a fixed tripod mount, so you don’t need to worry about attaching it to a tripod.

One thing to keep in mind is that a tripod will affect portability. The scope on its own is very portable. It even comes with a carry case. Adding a tripod to the mix will make your kit bulkier and heavier.

The Velbon tripod above weighs 2kg, so your total kit weight would be 4kg.

What accessories are included?

Anything else you should know?

For something you’ll be spending a lot of time with outdoors, it’s important to be sure it’ll last a long time and that you are protected in case of problems.

To that effect, Celestron offers a 2-year warranty for the Ultima 100.

Another reason to have peace of mind when using the Ultima 100 outside is that it is waterproof. You can use it in any kind of weather.

The Celestron Ultima 100 is great for hunters, birdwatchers and wildlife enthusiasts as well as stargazers and moon watchers.

It has the optical performance of an entry-level telescope, but it’s more versatile and easier to use. 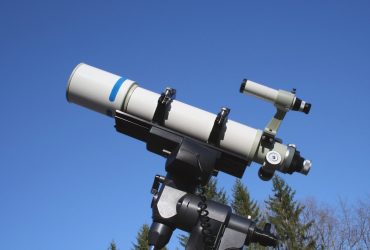 If you’re searching for a new telescope, there are a few things you should consider. …
Equipment
More 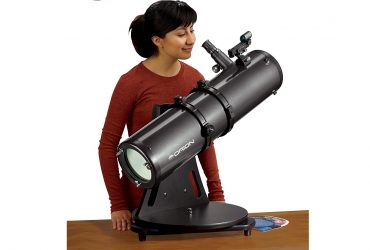 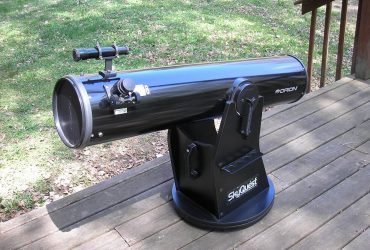 So you finally made up your mind about getting a Dobsonian telescope? Well, you’re no …
Equipment
More