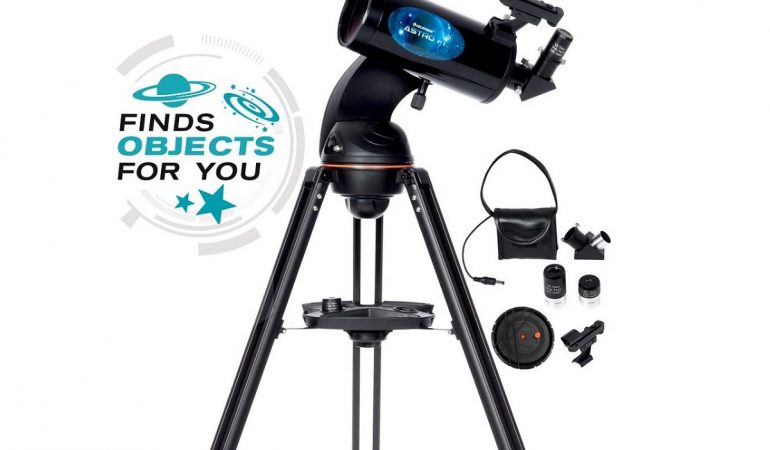 Wireless control comes with potential for problems and complications, and the Celestron Astro Fi has a few of those. But in terms of optics, this Maksutov-Cassegrain offers some of the best night sky observations for the money. It has a large 102mm aperture and a long 1325mm focal length.

Instead of a hand controller, the Celestron Astro Fi 102mm telescope lets you control the motorised mount from your smartphone via WiFi. The telescope generates its own wireless network so you can control it wirelessly even in remote areas without network connectivity.

Wireless control comes with potential for problems and complications, and the Celestron Astro Fi has a few of those.

But in terms of optics, this Maksutov-Cassegrain offers some of the best night sky observations for the money. It has a large 102mm aperture and a long 1325mm focal length.

By switching between the two included eyepieces, you can observe nearby interests like Jupiter, Saturn and the moon or peer deeper into space to look for stars, galaxies and nebulae.

Read on for my full review of the Celestron Astro Fi 102mm telescope including the main issues users are running into. 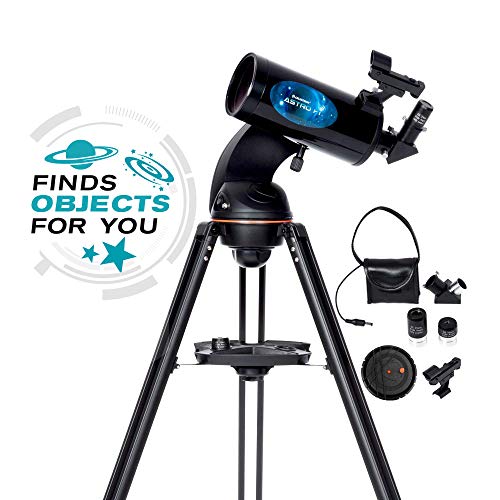 What are you buying?

The Celestron Astro Fi 102 is a Maksutov-Cassegrain telescope. It uses a combination of lenses and mirrors for optics.

Maksutov-Cassegrain telescopes provide excellent optics within a surprisingly compact tube. They have great image contrast, sharp details and are ideal for both nearby and far out celestial observations.

While we would recommend a cheaper Dobsonian telescope for beginners, a Maksutov-Cassegrain like Celestron Astro Fi is a great intermediate choice for amateur astronomers who want to step up their observations.

With an aperture size of 102mm, the Celestron Astro Fi delivers brighter and more detailed images than most beginner telescopes.

The focal length is also an impressive 1325mm, which ensures good magnification no matter which eyepiece you attach to the telescope.

Equatorial mounts are a big upgrade from Alt-Az mounts. An EQ mount makes it much easier to track objects across the night sky.

A motorised EQ mount is even easier to use. No need to manually turn the telescope; an electric motor does all the work for you.

Unlike most motorised equatorial mounts that are operated using a computerised controller, the Celestron Astro Fi mount is controlled through WiFi. We explain more next.

This is the most interesting of the Celestron Astro Fi telescope. There are no wires or physical controller. You just connect the telescope to your smartphone and then use the free Celestron SkyPortal app to control the mount.

The best thing about this feature is that it does not rely on being in a network-rich area. If you are in a remote area where there are no cellular or WiFi networks, you can still control the telescope from your smartphone or tablet.

The telescope generates its own wireless network. Go to your phone’s WiFi settings and look for the network the telescope is broadcasting. It’ll be easy to identify by name. Connect to it as you would any other WiFi network and you are good to go.

Using the SkyPortal app, you can align the telescope, control its directional movements and get a hands-free tour of various objects in the night sky.

As with most devices and appliances that involve wireless app control, there’s bound to be a few issues. The biggest with the Celestron Astro Fi telescope is network quality. It either takes too long to connect to the network or the network keeps dropping when you are tracking objects.

Based on numerous customer reviews, it seems the wireless signal generated by the telescope is weak. This is especially apparent in an area with other WiFi networks. The interference causes the network to drop.

Even in a remote area lacking other wireless networks, you may still experience issues when you change positions . It seems the WiFi signal from the telescope is directional, meaning you have to be at a specific position in relation to the telescope to get a strong signal.

The WiFi issues are serious because there isn’t a fallback physical controller that Celestron includes with the telescope.

We’ve checked around and there are two possible solutions to this problem. We do not guarantee they’ll work and we recommend consulting Celestron before implementing either of them.

One user creates a passive antenna by wrapping a long (3ft) USB cable around the support arm of the telescope in several loops. They say this extends the WiFi signal from the telescope into multiple directions, which prevents connectivity issues.

Other users say they successfully connected a Celestron NexStar+ hand controller to the Telescope and used it to control the mount. There’s a port where you can plug in a hand controller.

Being a Maksutov-Cassegrain telescope, the Celestron Astro Fi packs a lot of optical power in a relatively compact package.

How easy is it to use?

As long as you manage to connect to the telescope’s network and maintain a good connection, the Astro Fi telescope is easy to use.

Aligning the telescope is easy thanks to the included red dot viewfinder. You just need to find three bright stars in the sky and enter your location, date and time details.

Once you’ve aligned the telescope, you can track objects using the directional buttons on the app or select a specific object and the telescope will automatically find it for you.

What accessories are included?

Anything else you should know?

One question you probably have is whether you’ll need extra eyepieces for the Astro Fi telescope in addition to the two included.

This depends on what kind of observations you want to carry out. The two eyepieces provide a magnification power of 53x for the 25mm and 132x for the 10mm.

If you want more detailed views of moons and planets in the solar system, you can buy a higher-power eyepiece (shorter focal length) such as an 8mm or 5mm. The highest useful magnification for the Celestron Astro Fi is 241x so we don’t recommend getting an eyepiece under 5mm.

If you want to observe galaxies and nebulae, get a lower-power eyepiece such as a 30mm. Keep in mind that the lowest useful magnification is 15x.

The Celestron Astro Fi is a great bargain. You get good optics at an affordable price. So don’t let the network connectivity problems stop you from buying it.

A significant number of users had no problems wirelessly controlling the telescope. If you encounter issues, you can always get a hand controller. 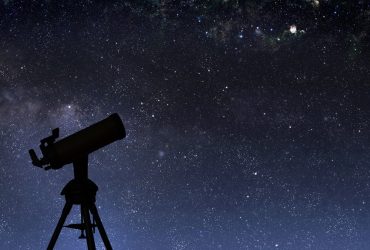 With astrophotograhy, it’s all about having the right equipment in the right kind of setting. …
Equipment
More 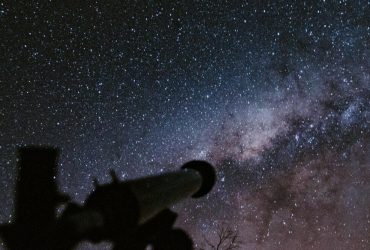 A Barlow lens works by increasing the effective focal length of your telescope. It is …
Equipment
More 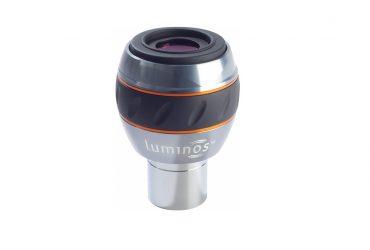