Home
Equipment
How To Choose The Best Barlow Lens 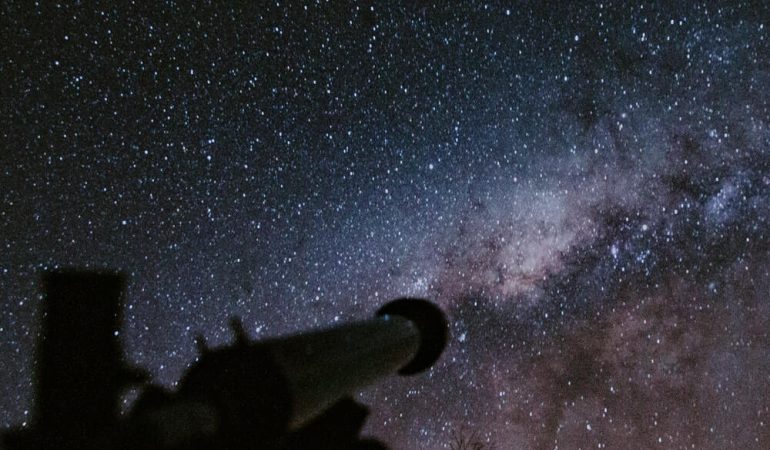 A Barlow lens works by increasing the effective focal length of your telescope. It is especially useful if you have a short focal length telescope. By attaching a Barlow lens, you can achieve higher magnification powers without having to spend money on extra eyepieces.

The Meade Instruments #126 is the best 2x Barlow lens. It fits 1.25” eyepieces and provides double the eyepiece magnification for better planetary and moon observations.

The Orion 08704 Tri-Mag is the best 3x Barlow lens. It multiplies eyepiece magnification by three, providing an even more detailed look at celestial objects like Jupiter and Saturn.

The Svbony Barlow Lens is the best 5x Barlow lens for those looking to get the highest magnification out of their eyepiece. It’s a great choice if you want to zoom in on details such as the moon’s craters or Jupiter’s moons.

A Barlow lens is an affordable way to add more magnification options to your telescope. It increases the magnification power of an eyepiece by two, three or five (2x, 3x and 5x respectively).

Say you have two eyepieces: a 10mm eyepiece and a 30mm eyepiece. By using a 2x Barlow, you can create two more magnification options by doubling each of your eyepiece’s magnification power.

So you don’t have to buy extra eyepieces.

A Barlow lens does lead to some loss of light but it’s very little – typically around 3%. You probably won’t notice that the image is slightly dimmer.

Barlow lenses are inexpensive; they cost about the same as a basic beginner eyepiece. All our picks below cost less than £50.

Here’s what to consider when choosing a new Barlow lens.

For most people, a 2x Barlow lens is enough to get you the level of detail you want without affecting viewing quality.

For some smaller telescopes, a 3x or 5x Barlow will result in a fuzzy or very dim image because of too much magnification power.

But if you already have a larger telescope that draws in a lot of light, you can use a 3x or 5x Barlow to ramp up your eyepiece magnification to the point where you can see craters on the moon.

Something to keep in mind when considering whether to get a 2x, 3x or 5x is the maximum useful magnification of your telescope.

For instance, using a 5x Barlow with a 10mm eyepiece might be too much for most telescopes. You’ll get a blurry and dim image. Same goes for a combo like a 3x Barlow and a 5mm eyepiece.

I recommend crunching some numbers for different Barlows to find the one that will prove most useful.

Look for a Barlow lens with features such as multiple coatings and a blackened interior that reduce light distortions. 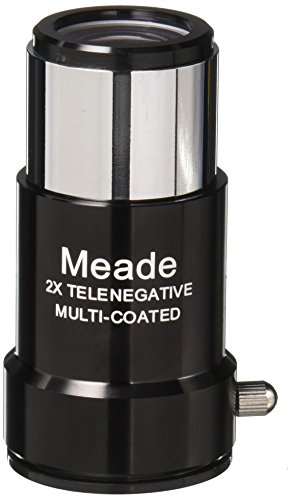 For most beginner and amateur astronomy enthusiasts, the Meade Instruments #126 is the best Barlow lens for boosting magnification power while maintaining viewing quality.

It greatly improves magnification without causing any fuzziness or visible dimming.

So you still get a clear sharp image of Jupiter or the moon.

It fits 1.25” eyepieces. It’s shorter than most Barlow lenses and is not too heavy. Unless you have a very small telescope, it shouldn’t cause any tipping or vibration problems.

Note that the Meade Barlow Lens works with any telescope, whether from Meade or any other brand. As long as your telescope uses a 1.25” eyepiece, this Barlow lens should fit perfectly.

The best thing about the Meade Instruments #126 Barlow lens is its ability to retain image quality even as it enhances magnification.

If you want a more detailed view of planets or the moon than your current eyepiece provides, the #126 Barlow works great. Multi-coated optics ensure you still get a sharp image.

The #126 is especially useful if you have a short focal length telescope. Instead of buying a high-magnification eyepiece, you can use the #126 with your current eyepieces to get better magnification power.

The only issue is that it can make focusing harder on small telescopes. The weight of the Barlow, though low, can cause increased vibration that makes it more difficult to focus on an object in the sky.

But this is not a problem for most telescopes.

Most customers were satisfied with the Meade Instruments #126 Barlow. For the price, they say it does a great job enhancing the magnification of their eyepiece.

They love that they can get more planetary detail without sacrificing image quality – that’s not always a guarantee with some Barlows.

If you are looking for a Barlow that will double your eyepiece magnification, the Meade Instruments #126 Barlow is one of the best 2x Barlow lenses. We highly recommend it.

If you have a larger telescope that can take more magnification power without distortion, maybe consider our 3x Barlow lens below. You’ll get more details than the #126.

If 2x is not enough for you, the Orion 08704 Tri-Mag 3x Barlow lens will probably get you the level of detail you are after.

A 15mm eyepiece will have the same magnification power as a 5mm eyepiece. This is great for planetary and lunar observations.

You can see the rings of Saturn more clearly and if you focus your telescope on the moon, you can see some of the craters.

It’s not automatic that higher magnification results in better viewing quality. Depending on the quality of the Barlow, it can result in a dim and fuzzy image.

That’s why we are impressed by this Barlow’s ability to retain image quality even with the increased magnification.

It does magnify light pollution more than a 2x Barlow, but that’s not a problem with the lens – it’s an issue with where you live.

If you can time your observations on a clear night or go out into the country where there’s less light pollution, the Orion Tri-Mag Barlow produces a sharp bright image.

The 3x magnification turns even an old scope into a great tool for planetary observations.

Just screw the eyepiece into this Barlow and you can see Saturn like you’ve never seen it before.

Of course, on some telescopes and higher-power eyepieces, the resulting magnification might be too much, resulting in a blurry image.

So do your math to make sure you don’t exceed your scope’s max useful magnification power.

The main issue with the Orion Tri-Mag is one you can’t avoid with any 3x Barlow. Because of the high magnification power, objects quickly move out of view as the earth rotates.

One moment you have Saturn in your sights; after 10-20 seconds, it’s gone, forcing you to refocus.

It takes a bit of trial and error to get used to it but with time, you’ll be able to cope with this inherent problem.

Despite the increase difficulty in focusing and the increased interference of light pollution, many customers are glad they got the 3x Orion Tri-Mag Barlow.

They can see clearer images of Saturn and other planets as well as the moon. They also got to save quite a bit of money on buying extra high-power eyepieces.

If you are looking for a Barlow that will greatly increase your eyepiece’s magnification, allowing you to see more detailed images of the planet and moon, the Orion 08704 Tri-Mag 3x Barlow lens is a great choice.

You have to be careful though not to go too far with magnification power to avoid downgrading the image quality.

If you feel the 3x is not quite powerful enough for your needs, perhaps a 5x Barlow lens is what you are looking for. 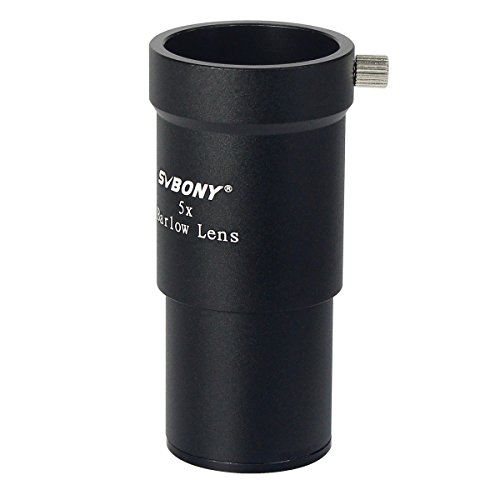 The Svbony Barlow Lens is one of the cheapest you can find. It’s cheaper than just about all other 2x and 3x Barlows.

That’s mostly good, but it does come with several trade-offs.

Let’s start with the good part. 5x more power means you can see much more detail than what you get from a 2x or 3x Barlow.

If you’ve ever wanted a close-up of moon’s craters or a better view of Saturn’s rings, the Svbony Barlow Lens makes it possible.

It grants a 15mm eyepiece the power of a 3mm eyepiece.

As for the not-so-good part, don’t expect a sharp and clear image. Because of the greatly increased magnification, there’s more distortion. The image may appear blurry and a bit dim.

Be careful not to go over your telescope’s max magnification, which is easy to do with a 5x Barlow.

If you exceed your scope’s magnification, the resulting image will be dim and fuzzy.

Overall, if you are willing to sacrifice some image quality the Svbony Barlow Lens is a good choice for highly detailed planetary and lunar observations.

For the price, it’s a great bargain.

Most astronomy enthusiasts don’t need a 5x Barlow. It’s simply too much.

But for those who want to view moon’s craters or a closer look at Saturn’s rings, the Svbony Barlow Lens does a great job.

It’s also ideal for those who want to increase their eyepiece’s magnification power without sacrificing eye relief.

Most high-power eyepieces suffer from short eye relief, which can affect viewing comfort especially if you wear glasses.

With the Svbony Barlow Lens you can enjoy higher magnification power while using a lower-power eyepiece with comfortable eye relief.

To be honest, some of these flaws are deal breakers – but not for everyone.

If you just want closer planetary and lunar observations, you’ll get a much sharper image from the 2x and 3x Barlows I’ve reviewed above.

But if you want to get real close, to the point where you can see moon’s craters, then the following issues may be worth tolerating.

The main one is image quality. Depending on your telescope and eyepiece, it can get a bit soft especially for more distant objects like Saturn.

The other issue is the Barlow’s weight and length. It affects the balance on some telescopes and can even make it tip over.

It also produces more vibrations even at the lightest of touches. This can make it harder to focus on an object.

The Svbony Barlow Lens comes with a steel screw that holds your eyepiece to the Barlow securely to minimize movements. It does help a bit though it doesn’t prevent all vibrations.

Most customers agree that the Svbony Barlow Lens 5x magnification does come with several trade-offs. But many say these limitations are worth the increased magnification.

They do warn that it takes some trial and error to learn how to focus with the Barlow and that you need to time for the right atmospheric conditions, but the extra effort is worth it.

If you want to get as close as you can to Saturn, other planets and the moon, the 5x Svbony Barlow Lens is a good choice.

If you want to retain a sharp image while increasing magnification, we recommend the 2x Meade Instruments or the 3x Orion Barlow instead. 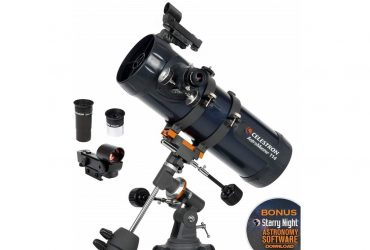 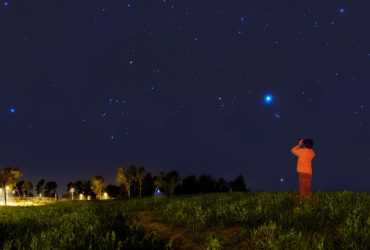 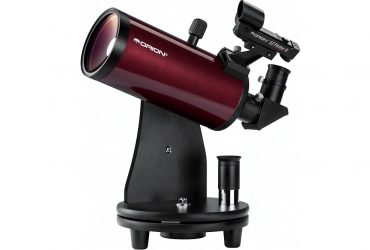